You may have already seen Henry's pictures in the gallery.  If not, take a look.

My mother and I had always said that Henry would outlive the entire family, and he certainly gave it his best shot.  Luckily, his health declined quickly, so he did not suffer needlessly.

When he reached the end of his journey with me, it was devastating.  He had been a companion for such a long time, and he was truly a friend — always there, always faithful, always loving.

Needless to say, I cried like a baby when I had to take him in and have him put to sleep.  It was the best thing for him, though, as he had grown quite old and was beginning to suffer.

I am quite compassionate when it comes to animals, so I cannot see one suffer or deal with a poor quality of life.  I will always do what's best for my pets.

I was so emotionally distraught the morning I was taking him in that I needed to somehow quantify my feelings before they got out of control.  The result was a simple web page that expressed how I felt and provided a simple outlet for the raw emotional trauma I was experiencing.

Remember that this was my first web page, so don't expect bells and whistles.  In honor of Henry and the many wonderful years he shared with me, I've put the page back up on this site.  If you're interested (and before I boohoo all over again), you can see the page by going here.

NASA announced Tuesday, February 25, that Pioneer 10, the first man-made spacecraft to venture outside of our solar system, had fallen silent after more than three decades and billions of miles in flight.  NASA does not plan to attempt further communication with the craft.

In 1983, it passed the orbit of Pluto — leaving our solar system behind and continuing toward the distant star Aldebaran (in the constellation Taurus).  At its current speed, it will take Pioneer 10 approximately 2 million years to reach the distant solar system.

On April 27, 2002, Earth received its final complete broadcast from Pioneer 10.

Even after it stopped sending full telemetry data, Jet Propulsion Laboratory's Deep Space Network was still able to track Pioneer 10 via faint broadcasts — the last of which occurred on January 22, 2003.  At the time of that broadcast, the spacecraft was 7.6 billion miles from Earth and had been traveling for almost 31 years.

From that distance, it took the signal, moving at the speed of light, approximately 11 hours and 20 minutes to arrive.  NASA and JPL report that the signals received on January 22 and the two previous signals were extremely faint.

The Deep Space Network made a final attempt at contact on February 7 of this year, but they heard nothing.  No further attempts will be made to contact the spacecraft.

Larry Asher, the Pioneer 10 project manager at NASA's Ames Research Center, said, "It was a workhorse that far exceeded its warranty, and I guess you could say we got our money's worth."

The Pioneer 10 spacecraft carries on it a gold plaque engraved with a map showing the location of Earth within our solar system.  The plaque also includes a message of goodwill.

You can find the official NASA press release and additional information about Pioneer 10 here.

I think my roommate sent this to me (forwarded from someone else).  I found it too hilarious not to share. 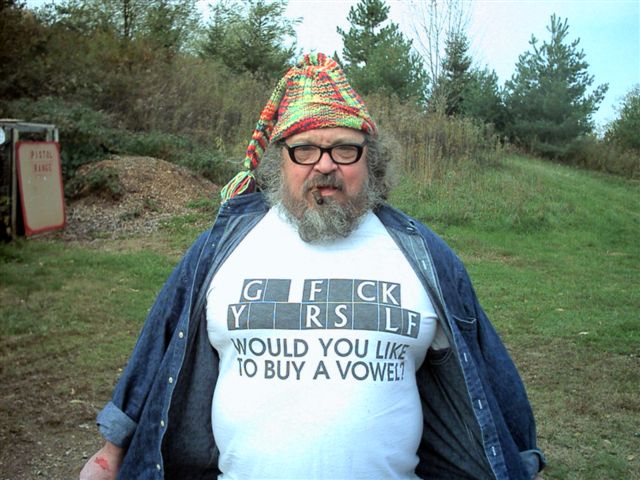 Although it tends to be too much about teenage angst and drama (akin to Dawson’s Creek and most other WB shows), Smallville surprised me with a fantastic episode ("Rosetta") on Tuesday, February 25.  This episode heralded the return of Christopher Reeve to the Superman genre, and I don’t believe it could have been handled in a better way.

Proving himself a grandee of acting, Christopher Reeve plays Dr. Swann, "a brilliant scientist who holds a message for Clark [Kent] from his home planet." When he sees a Kryptonian symbol on the side of the Kents' farm, Swann is able to finally piece together the information he’s compiled in his search for extraterrestrial life with a significant piece of the puzzle — Clark Kent (Tom Welling).  When the two eventually meet and Swann is able to share his information with the teenage Superman, it turns out to be a somewhat enlightening yet confusing experience for Clark.

Although fearful of a cheap reunion story designed solely to draw in viewers with Reeve's return to the Superman universe, I was entirely impressed with the story, production, and role that brought two separate "man of steel" generations together.

The revelations abound in this episode.  Clark learns of his lineage, origin, true name, the mystery surrounding Krypton's disappearance, his having been sent to our planet, and the realization that he is — genetically speaking — alone in the universe.  Further portions of the message from home are confusing for him, lending the drama we must expect from The WB.

With the Superman theme from the feature films reintroduced magically as background music during the exchange between Swann and Clark, the audience is swept into a moment of realization, discovery, and mystery — even though we already know all of the answers.

The episode ends with a public service announcement about the Christopher Reeve Paralysis Foundation which truly completed Reeve's triumphant return with an important reminder about this important project mixed with a taste of the sense of humor from Christopher that we were all accustomed to at one time (and it was very nice to see that side of him again).  There is even special mention on the CRPF site about the Smallville episode.

If you missed this episode on Tuesday, it will replay this Sunday, March 2, at 5:00 PM EST/PST (4:00 PM CST) on The WB.  It's definitely worth your time to watch it even if you aren't a Smallville fan.  To briefly remember the Superman from the big screen and to experience Christopher Reeve's triumphant return to acting, this episode is worth the investment of one hour of your time.

I saw today that the UN has, in its increasingly irrelevant way, warned countries about relaxing their laws on cannabis (marijuana) and other drugs.  They say they’re worried about sending mixed signals to children and the possible dangers (none of which is proven, but suggestions in that direction make for good policy, right?).  In fact, the anti-drug movement in America already grabbed the most recent inconclusive test results and is trying to sell them as fact.  Bad policy, typical government.

The British Lung Foundation recently completed a study that, although inconclusive, could suggest that smoking three joints (marijuana cigarettes for the prudes in the audience) is equivalent to smoking 20 tobacco cigarettes per day.  It's imperative to note that the study's results are inconclusive and dubiously suggest a similarity.  There are no hard facts or evidence here — merely conjecture.

In America, we've already started seeing anti-drug advertisements on television putting this information out there as the truth and closing the thought with something entirely offensive: “Marijuana is more dangerous than we thought.”

It's terribly misleading to take junk science and call it fact when the true science about so many other things is ignored.  It's a double standard to an infinite level.

We know alcohol kills a lot of people every year (drunk drivers), ruins lives in frighteningly high numbers (alcoholism and related problems), and promotes diseases such as liver damage and alcohol poisoning.  Despite all of this, no one — not even the UN — is making a move to criminalize alcohol.

Oh, wait…  That's been tried once before, was called prohibition, and failed miserable.  Alcohol is also a very large part of the world economy.

But why the double standard, and why is the UN not crying out for a change in policy here?  Does it not confuse children that we outlaw so many drugs, but not one that has proven so lethal in so many different ways?